NAWL was deeply saddened by the news of Shirley E. Greenberg’s passing on Wednesday, May 25th, 2022.

As a feminist trailblazer, advocate, lawyer and philanthropist, Shirley has left a tremendous legacy in the Canadian women’s movement to which she dedicated much of her distinguished career. This included founding Ottawa’s first all-female law firm, as well as many key women’s organizations and centers – not to mention the National Association of Women and the Law (NAWL) in 1974. We are fortunate to forever credit Shirley as one of the three key founders in establishing our organization and playing a significant role in some of its early wins towards advancing women’s equality rights in this country.

Shirley was a key supporter of NAWL’s during the decade in which national women’s organizations were defunded. Thanks to her, NAWL was able to build and offer a free, bilingual online course designed to make the tools for feminist law reform accessible for anyone that wants to affect feminist change. Most recently, Shirley made the most significant gift in NAWL’s history, igniting new possibilities for our organization to advance women’s equality rights. 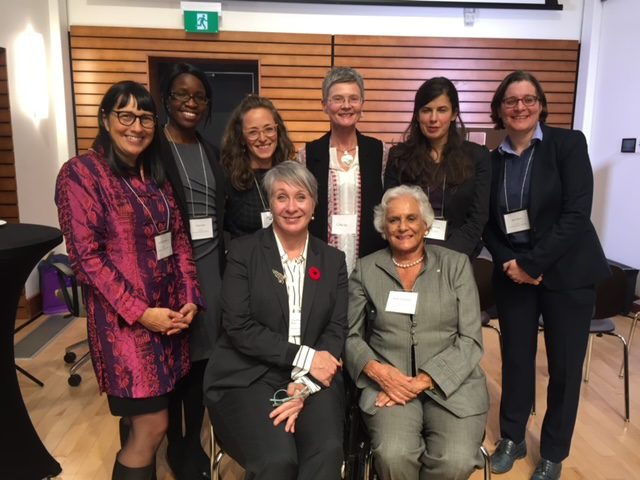 On behalf of everyone in the NAWL community, we would like to extend our condolences and acknowledge the outstanding impact Shirley had not only on NAWL’s ongoing feminist law reform work but also on making Canada a better place for women because of her activism and generosity.

Our hearts are truly heavy as we contemplate the years ahead without Shirley’s strong presence and guiding light. She will be sorely missed, particularly as NAWL approaches its 50th anniversary. We remain committed to finding ways to ensure her legacy lives on as we continue our work to achieve substantiative equality.