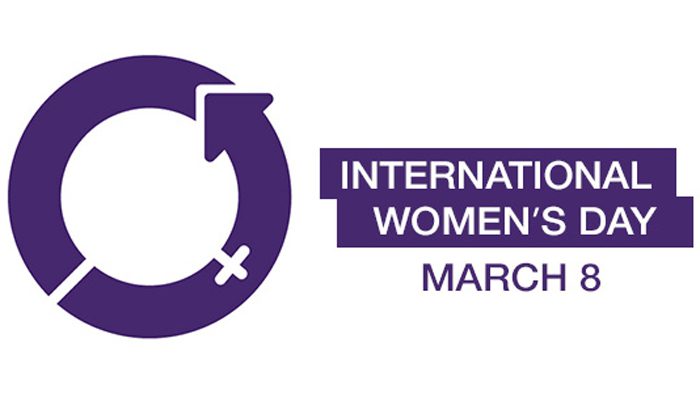 RE:  Urgent Need for National Action Plan to  Prevent and Address Gender-Based Violence in Canada

We, the undersigned organizations, are writing to you on International Women’s Day to recognize your government’s notable contributions to date to ending gender-based violence, and to call for you to go further and develop a National Action Plan to Prevent and Address Gender-Based Violence in Canada.

We engage with Minister Monsef’s office on this matter and welcome opportunities to meet and engage with her and Status of Women officials. We are writing to you at this time however Prime Minister since this is an area needing considerable senior level effort and commitment to bring together all levels of government in the country. As such it is vital that you bring your determined leadership and explicit personal support to this vital endeavour.

We acknowledge the crucial steps your government has taken to address gender-based violence in Canada, including the development of the Strategy to Prevent and Address Gender-Based Violence, the National Housing Strategy, and the Promising Practices to Support Survivors and their Families funding initiative.

At least one-third of women and gender diverse people in Canada will experience violence at some point in their lives, and the responses to this violence to date have failed to stem the violence. Multiple and intersecting forms of discrimination lead to higher levels of violence amongst racialized and marginalized women and gender diverse people including lesbian, bisexual, and transgender women; intersex individuals; disabled women; poor women; Indigenous women; two-spirit people; newcomer women; and women of colour. The scale and severity of violence against Indigenous women, girls, and two-spirit people is so high it triggered a country-wide grassroots movement to address this human rights crisis and is now the subject of a National Inquiry.

Under international law, every country has an obligation to address gender-based violence. The UN called on countries to enact a national action plan on gender-based violence by 2015.1United Nations, “Handbook for National Action Plans on Violence Against Women,” 2012, www.un.org/womenwatch/daw/vaw/handbook-for-nap-on-vaw.pdf In the course of Canada’s Universal Period Review in 2013 a number of countries recommended the development of a nation action plan on gender-based violence.2United Nations General Assembly, “Report of the Working Group on the Universal Periodic Review: Canada,” A/HRC/24/11, 28 June 2013, documents-ddsny.un.org/doc/UNDOC/GEN/G13/152/42/PDF/G1315242.pdf?OpenElement. In its 2016 review of Canada, CEDAW called on Canada to “expeditiously adopt a national action plan, in consultation with civil society organizations, especially indigenous women’s organizations, to combat gender-based violence against women and ensure that adequate human, technical and financial resources are allocated for its implementation, monitoring and assessment.”3United Nations Committee on the Elimination of Discrimination Against Women, “Concluding observations on the combined eighth and ninth period reports of Canada,” CEDAW/C/CAN/CO/8-9, 25 November 2016, documentsdds-ny.un.org/doc/UNDOC/GEN/N16/402/03/PDF/N1640203.pdf?OpenElement. Recognizing the staggering levels of violence against Indigenous women, girls, and two-spirit people, both CEDAW (in an earlier report stemming from a specific comprehensive inquiry into violence against Indigenous women and girls) and the Inter-American Commission on Human Rights have called for an action plan specifically to address this violence.4Inter-American Commission on Human Rights, “Missing and Murdered Indigenous Women in British Columbia, Canada,” OEA/Ser.L/V/II., Doc. 30/14, 21 December 2014; and CEDAW, “Report of the inquiry concerning Canada of the Committee on the Elimination of Discrimination against Women under article 8 of the Optional Protocol to the Convention on the Elimination of All Forms of Discrimination against Women,” CEDAW/C/OP.8/CAN/1, 30 March 2015, tbinternet.ohchr.org/Treaties/CEDAW/Shared%20Documents/CAN/CEDAW_C_OP8_CAN_1_7643_E.pdf. Australia’s national action plans addresses this same concern by including a specific section focused on violence against Indigenous women.5Government of Australia, “The National Plan to Reduce Violence Against Women and their Children, 2010-2022, www.dss.gov.au/women/programs-services/reducing-violence/the-national-plan-to-reduce-violence-against-women-andtheir-children-2010-2022.

The Strategy to Prevent and Address Gender-Based Violence enacted in June 2017 is a step in the right direction, but is limited to areas under federal jurisdiction, and fails to address the gender discrimination that is at the root of gender-based violence. A truly national action plan involving the federal, provincial, territorial, municipal, and Indigenous governments and governance, is needed to ensure policy and programming coherence and consistency that in turn will lead to decreased levels of gender-based violence.

We call on you to:

Our organizations and many others across Canada are keen to work with government to develop Canada’s national action plan. In fact, in 2015, civil society organizations and independent experts in Canada created a Blueprint for Canada’s National Action Plan to help guide Canada through the national action plan development process. We remain committed to supporting the creation of a coherent, comprehensive approach to addressing gender-based violence that reflects our shared goal of a Canada where people of all genders have their rights respected, protected, and fulfilled, and a Canada where every person can live without violence and discrimination. Enacting a strong National Action Plan to Prevent and Address Gender-Based Violence is a necessary framework to guide action towards this goal.

Thank you for your consideration. Our organizations are open to meeting with you to further discuss this matter at your earliest convenience.

NAWL signs letter on the use of a restorative approach to an inquiry into the Nova Scotia mass shooting
Letter sent by NAWL to the Prime Minister from women’s rights and equality seeking groups on feminist policy making in the context of COVID-19
NAWL and CRIAW Proposal for Support to Equality Seeking Women’s Groups in Canada during the COVID-19 Pandemic
More updates
About Us
Our Work
Resources
Contact Us
234 St. Patrick Street
Ottawa, ON
K1N 5K3
+1 613 241-7570
info@nawl.ca