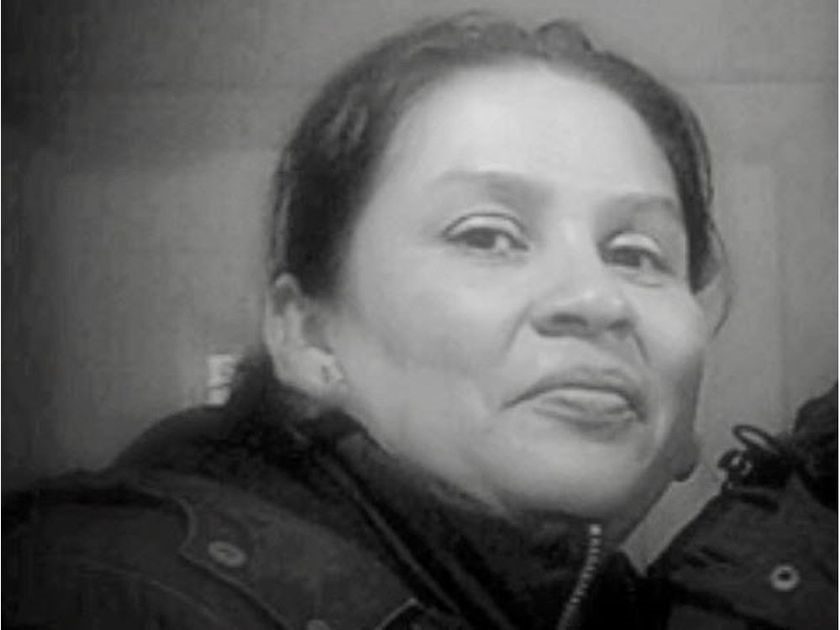 The author, Charlotte Cass is a common law student at the University of Ottawa and a member of the Ottawa Sanctuary Network. She is enrolled in the Feminist Law Reform course lead by Professor Martha Jackman, NAWL co-chair, and Suki Beavers, NAWL’s Project Director.

On Friday morning, Canada deported Lucy Granados, a single mother who has lived in Montreal for nine years.

She was deported because, although her immigration application was pending, she was “undocumented” in Canada (that is, living here without immigration status).

Lucy came to Canada in 2009 after fleeing gang-related violence in Guatemala. Her refugee claim was denied in 2012, but she opted to stay rather than face danger upon return. During her nine years in Montreal, Lucy became an integral part of Montreal’s migrant justice community through her work with the Non-Status Women’s Collective and the Temporary Agency Workers Association. She had no criminal record and was the sole provider for her three children.

In September 2017, Lucy pursued the only available legal avenue to get permanent resident status in Canada: She submitted an application based on Humanitarian and Compassionate Grounds. This application, which will assess her establishment in Canada and the hardship she would face if deported to Guatemala, is still waiting to be processed.

Remarkably, the fact that Lucy submitted this application did not protect her from deportation.

Public Safety Minister Ralph Goodale had the power to stop her deportation until the Minister of Immigration, Ahmed Hussen, reviewed her application for permanent residency. Instead, Goodale opted to stay silent in the face of literally thousands of calls, emails, visits and tweets from Lucy’s supporters.

Last Thursday, the Federal Court denied her application for an “administrative stay of removal” that would pause her deportation until the application was considered. Still Minister Goodale was silent. Lucy was removed from Montreal’s Laval Detention Centre on Friday morning.

Lucy’s situation exposes the perplexing version of compassion shown by immigration law. Humanitarian and compassionate grounds applications for permanent residency exist for all the right reasons: recognizing that lived realities don’t always fall into the narrow definition of “refugee” or meet the requirements for other immigration programs.

However, there are serious access issues: Applications come with a $550 price tag and the current processing time is 29 months, putting applicants in years of limbo while they wait. And, as Lucy’s case shows, making one of these applications — that is, playing by the government’s rules — does not protect a person from deportation.

Lucy’s situation also exposes the harm that can be done by the Canada Border Services Agency (CBSA). According to a complaint made by the Immigrant Workers Centre to the Canadian Human Rights Commission on Lucy’s behalf, she was treated so roughly by the four CBSA officers who arrested her that she suffered injuries to her neck and arm –for which she did not receive medical treatment until six days after her arrest when she had to be taken to hospital.

These kinds of allegations highlight the nauseating irony of CBSA’s practice of referring to people in its custody as “clients,” a word that generally brings to mind a respectful and reciprocal relationship.

CBSA is the only law enforcement agency in Canada without any external oversight or complaint mechanism. Unlike corrections officers, CBSA has no obligation to keep publicly available statistics or even report when someone dies in its custody. As a result, people harmed in CBSA custody have no meaningful way of holding officers to account. In Lucy’s case and many others, deportation is a conveniently swift way to sweep potential complaints under the rug.

Regardless of one’s feelings on deportation, most of us can agree that a lack of accountability and unchecked power is unacceptable in a country like Canada, especially considering the federal government’s commitment to the rule of law and government transparency.

We see from Lucy’s situation that this federal government loves to talk the talk of respect, inclusion and government accountability but its ministers  have the luxury of staying silent when it suits them. When tough situations arise, buzz words such as accountability, transparency and even compassion turn to dust and get swept under the rug – along with people like Lucy Granados.

No Legislation: What we really need to do in Canada to improve abortion access
BILL C-28: Letter to Senators
PRESS RELEASE: Bill C-28 Falls Short in Protecting Women
More updates
About Us
Our Work
Resources
NAWL Trust
Contact Us
1404 Scott Street
Ottawa, ON
K1Y 2N2
+1 613 241-7570
info@nawl.ca